As a young person living in a purple state, I feel as though I’ve developed an interesting perspective on the relationship between political engagement and what “color” a state is. Let’s dive in, shall we? 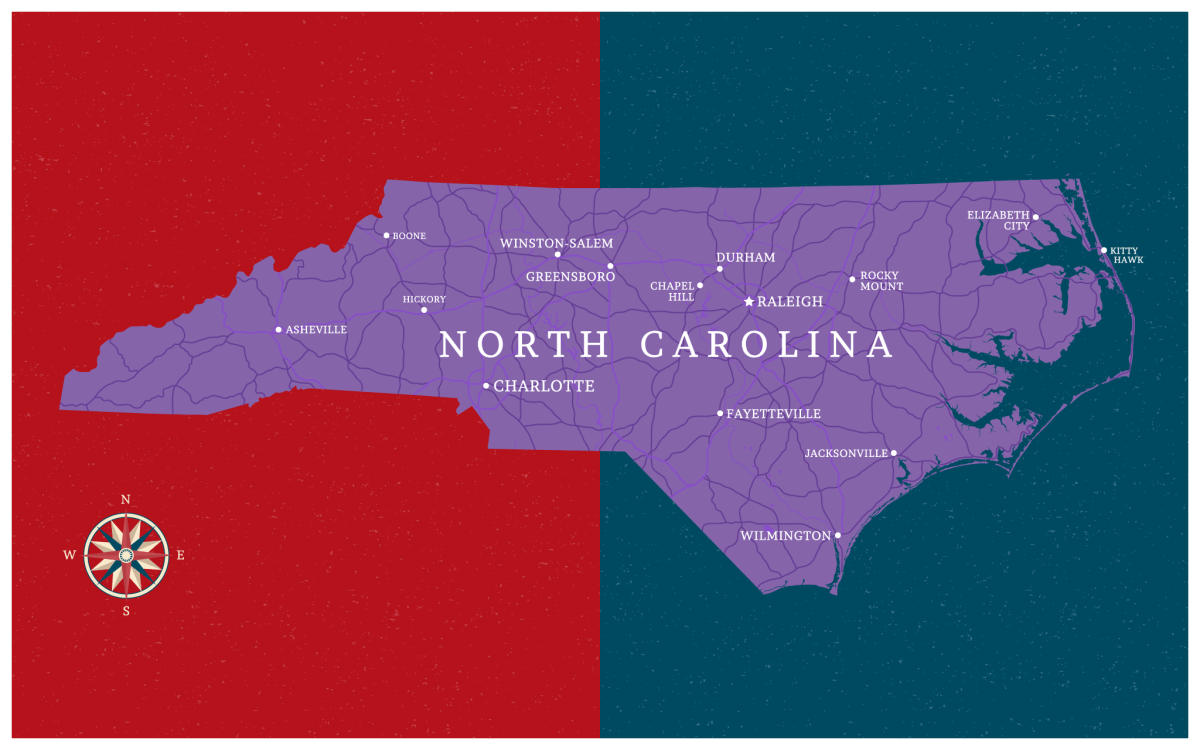 I’ve said it a few times now on the Political Playlist blog and I’ll say it again… I’m a high school senior who lives in North Carolina. As a young person living in a purple state, I feel as though I’ve developed an interesting perspective on the relationship between political engagement and what “color” a state is. Let’s dive in, shall we?

In 2008, Democrats made a decisive breakthrough in North Carolina. I know 2008 seems like ages ago, especially after the last two years, but stay with me here. Disrupting a solid Republican record for carrying the Tarheel state seven times in a row, then-Democratic Nominee Barack Obama finally secured its 15 electoral votes. That sweet victory proved to be short-lived for Democrats. Obama lost it in his 2012 reelection and Hillary Clinton did so again in 2016. This left a big question mark over what “color” North Carolina would be in 2020, which ultimately went to Donald Trump by a 1.35% margin over Joe Biden.

Prior to the 2020 election, North Carolina had ranked as the fifth state most likely to tip the election. It’s a badge my state will wear proudly!

Now that you have a small history of North Carolina’s recent voting record in presidential elections, let’s go into why it’s important. I’d like you to think of how many times you’ve heard someone say something along the lines of “I live in a definitive blue state or red state so my vote doesn’t matter.” Although you shouldn’t use whether your state is considered a swing state or not as an excuse for not voting, you definitely can’t use that excuse when living in purple states like mine. The claim that “every vote counts” is especially true in swing states.

After the 2020 results came in, I began studying the breakdown of votes on the basis of age. I know I’m one of the few people who do this in their spare time, but I was curious! The past election has helped me realize (and hopefully is about to help you realize) how important and influential the young vote is, young being considered ages 18 to 29. Due to our youth turnout, the size of our youth population, and facilitative voter laws, the Center for Information and Research on Civic Learning and Engagement (CIRCLE) ranked North Carolina as the number two state in which voters could influence the outcome of the 2020 election and ranked number four where voters could influence which party controls the Senate. The competitiveness of these races strengthens the power of the youth vote, as young North Carolinians like me have the potential to decide close races. If this doesn’t get young North Carolinians excited about casting a ballot, I don’t know what will!

Young people in North Carolina make up a strong group of voters in my state. We make up an above-average percentage of the population and have a tendency to turn out in pretty big numbers when compared to the national rate.

In 2018, turnout in my state was 26%, while the national rate was slightly higher at 28%. However, that was a sizable increase for North Carolina from 2014, which is unusual to see in a year without a Senate race as there was in 2014.

Skip ahead to 2020 and we see that young voters helped contribute to a record voter turnout for North Carolina. By the end of early voting, North Carolina voters between the ages of 18 and 29 had already reached 93% of their total turnout in 2016. In 2020, turnout for younger voters went from under 15% to 16% of total turnout in the state. This blew my mind because organizing efforts obviously looked different for college students because of COVID-19 restrictions and many campuses shifting to online learning. This gives me hope that as the younger generation, we are coming to the realization that our vote holds more weight than we originally thought.

Young people are also beginning to see themselves represented in the plans and policies that our political leaders are (finally) laying out at the national, state and local level. Groups put money into campaigning for and educating us.

It makes sense… when politicians truly invest in the younger generation, we feel more compelled to show up to the polls.

As of July 2020, there are 53.3 million Americans who fall into the 18 to 29 age bracket (16.2% of the U.S. population). There should be policies drafted and plans created for 16.2% of our nation’s population. At the end of the day, this age group is who will be left to deal with issues like climate change and the national debt if there isn’t a serious push to legislate change right now.

Living in a purple state means that it’s especially crucial that you cast your vote, but it’s important to exercise your right to vote despite what “color” state you live in. As the younger generation, we hold much more electoral power than most of us realize. In just 2020, millennials accounted for 27% of eligible voters, while Gen Z made up 10%. This means that young people represented more than one-third of the electorate in the last presidential election. I can write about this all day long, but this electoral power can only come to fruition if we actually vote.

THE COMPLETE 14 PERCENT: You’re Not Yelping