One of the first Native American women in U.S. Congress and the first openly gay representative from Kansas, Sharice is also a former professional MMA fighter. 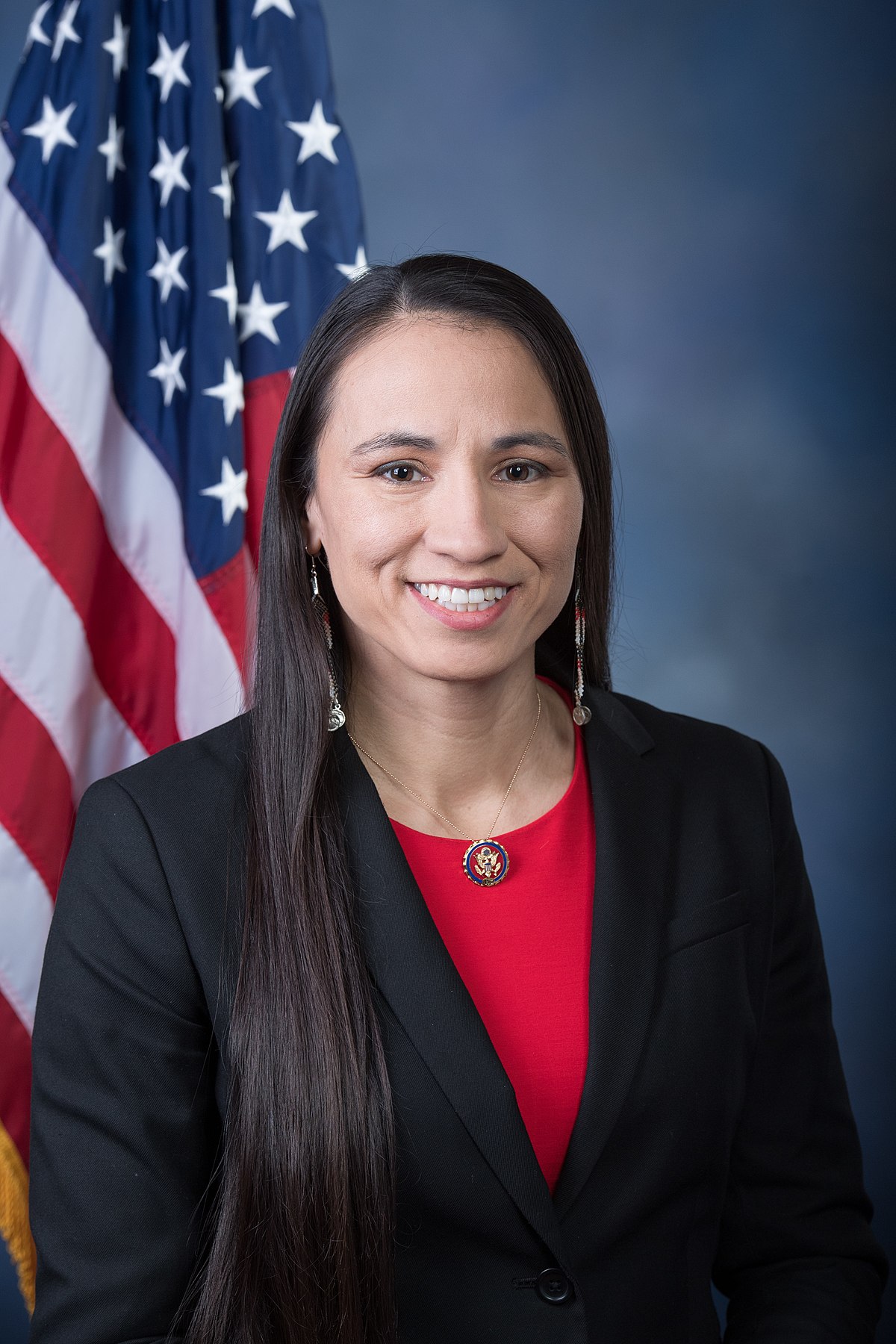 One of the first Native American women in U.S. Congress and the first openly gay representative from Kansas, Sharice is also a former professional MMA fighter. One of her main focuses in 2021 was passing the bipartisan infrastructure bill.

Raised by a single mother who served in the Army, Sharice went onto Cornell Law School and became a practicing lawyer before being elected to Congress.

Sharice is a liberal Democrat in the middle of conservative Kansas and has allowed that position to inform the work she does – mainly in finding bipartisan solutions and advocating for large measures like the bipartisan infrastructure bill last year. She also has a past as a pro MMA fighter, which will come into use as gerrymandering is going to make her midterm reelection a tough one.

Heating Up The Frost

To be perfectly frank, living in Southern California makes the team at Political Playlist forget that come January, the indoor heat gets cranking and so too do the bills. Sharice is among the many Congresspeople keeping an eye on the soon-to-be-soaring heating costs. This week, she announced that Kansas has received over $70 million in funding to help families afford energy costs this winter. That’s more than double what the state received last year. Winter in Kansas just got a little warmer.

As Vice-Chair of the House Transportation and Infrastructure Committee, Sharice has spent her year working with her colleagues across the aisle to bring economic development to our roadways, airports, railways, local water infrastructure, and more. Sharice spent a large portion of her time working towards the passage of the historic bipartisan infrastructure bill, which was signed into law in November.

30 years ago, the largest foreign-flagged ocean carriers controlled ~15% of ocean traffic, today they control 75%. The result is high costs and longer timeframes. Sharice introduced the Ocean Shipping Reform Act to strengthen the overseas supply chain and bolster exports for American businesses. This bipartisan bill is the first major modernization to the ocean shipping industry since 1998! The act would a) prohibit ocean carriers from refusing to transport American cargo, b) combat unfair and disruptive business practices by shipping companies and c) bolster the Federal Maritime Commission so that it has the resources to hold shipping companies accountable. Sharice hopes this will help address supply chain issues and reduce dependence on goods and services produced outside the U.S.

Not So Ulterior Motives

We are in the midst of some heavy gerrymandering debates taking place around the country as state legislatures and independent committees redistrict U.S. Congressional maps. And Sharice, the only Democratic representative from Kansas, had a thing or two to say about it. “There are leaders in the Kansas Legislature who have explicitly stated their motivation to gerrymander maps to their party’s political advantage,” she said after Kansas Republicans expressed desire to shift the district maps to purposely undermine Sharice’s re-election. Do you think we should have a federal redistricting law?