The only Hispanic Republican elected official in New York City and the daughter of immigrant parents, Nicole serves as the state director of the National Foundation of Women Legislators. 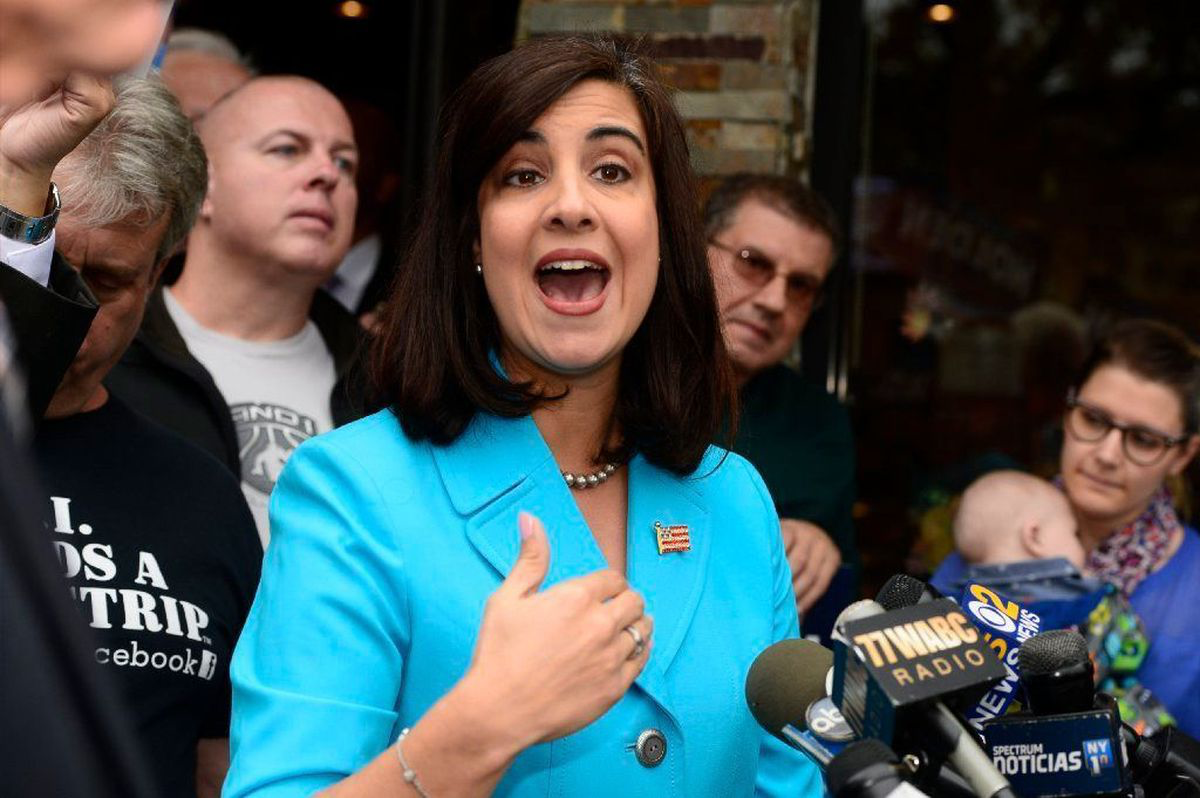 The only Hispanic Republican elected official in New York City and the daughter of immigrant parents, Nicole serves as the state director of the National Foundation of Women Legislators.

Nicole was elected to the NY State Assembly in 2010 and served as the Minority Whip and the ranking minority member of the NY Assembly Committee on Governmental Employees. She was also a Republican nominee in NYC’s mayoral race against incumbent Bill de Blasio.

Fraud…Fraud…Fraud. It is part of the world as we know it today. Nicole wants to put an end to it and is pushing to investigate the criminal and fraudulent activity from COVID-19 relief programs. It is estimated that ~$87 billion of the total $870 billion in federal unemployment program funds could have been improperly paid, plus international fraudsters stole over $400 billion in U.S. taxpayer dollars. Nicole is saying that Democrats are turning a blind eye to properly investigating this. Whoever is addressing or not addressing the issues – we all deserve answers!

Nicole is enraged at the Squad – which isn’t new – but this time around it isn’t coming from any hyper-partisan belief. This time it’s surrounding the hold up of passing the bipartisan infrastructure bill in the House. The $1.2 trillion package was approved by the Senate with (by today’s standards) overwhelming bipartisan support and stands awaiting a House vote. However, progressives are insistent that a larger ‘human infrastructure’ bill be put up for a vote along with it. Democrats are certainly getting themselves into a mess about this and Nicole is calling out the holdup. Will the Dems implode and get Nicole the stand-alone vote she wants?

Putting the Gloves On

After surviving Hurricane Henri, now Nicole needs to prepare for Hurricane Rose. Former NY Representative Max Rose is going to be re-challenging Nicole in the next election. Sources say that Max is out assembling a team, talking to donors, and speaking with community leaders. Max looked at a potential bid for mayor of New York but eventually dropped out. When Nicole was asked about the news she had some choice words, “they don’t want an anti-police, Pelosi puppet who flirts with socialism representing them in Congress.” Ouch…to be continued.

In the wake of tropical storm Ida, Nicole’s district needs aid. That’s why she’s calling the president to issue an emergency declaration that would allow them to obtain FEMA assistance. She wants to ensure that “New York City homeowners and vehicle owners who are uninsured or underinsured have access to direct assistance.” As climate change worsens and severe weather becomes more common, it’s important to have leaders like Nicole looking out for their communities!

With all that is unfolding in Afghanistan, it can be hard to comprehend the human toll of the crisis – the individuals who are affected and what their fates may be. Nicole recently announced that she was, along with the State Dept., able to evacuate a mother and her three children who are residents in her district from Kabul. The woman’s husband is in America and worked alongside the military in Afghanistan. With everything still quite a mess, it’s heartening to hear these stories of at-risk Afghans making their way out of the country.