A supporter of Congressional term limits and has an A+ rating from the NRA for helping lead the successful passage of constitutional carry, which is the lawful unrestricted and permitless carrying of a handgun. Jake also has a 100% voting record with Kansans for Life, a not-for-profit organization dedicated to protecting and defending the right to life of all innocent human life from conception to natural death. 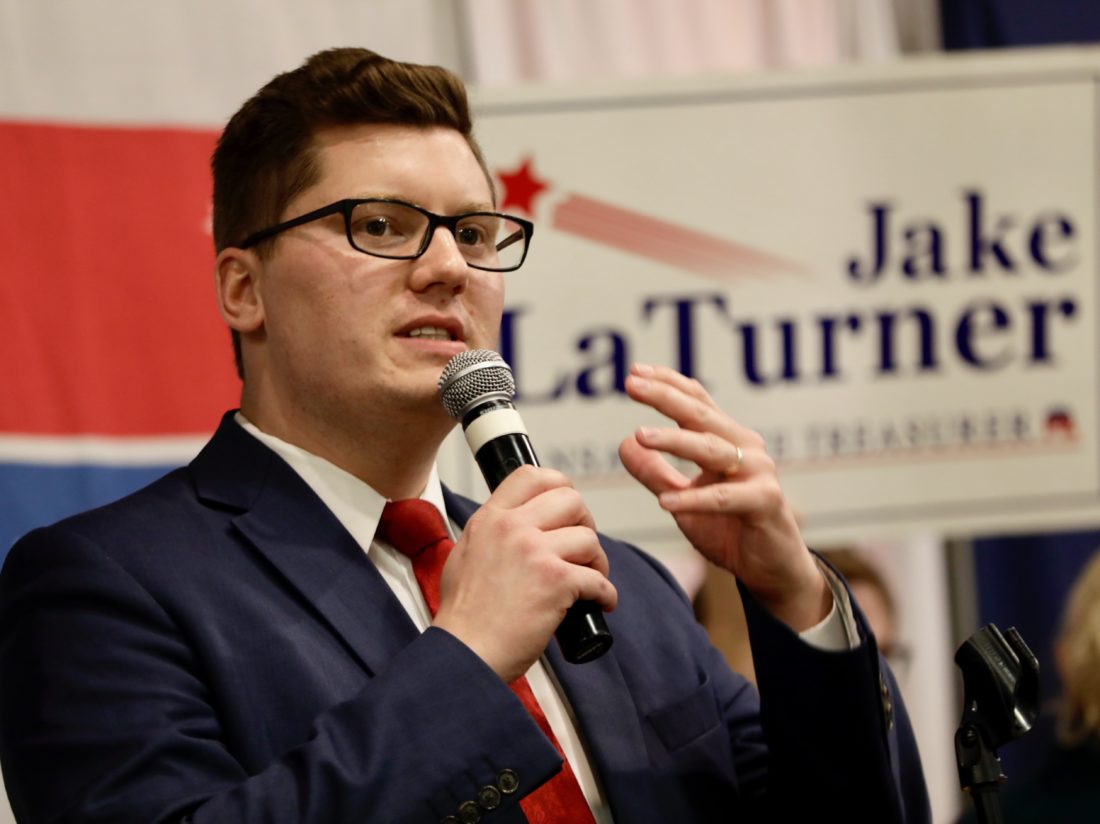 A supporter of Congressional term limits and has an A+ rating from the NRA for helping lead the successful passage of constitutional carry, which is the lawful unrestricted and permitless carrying of a handgun. Jake also has a 100% voting record with Kansans for Life, a not-for-profit organization dedicated to protecting and defending the right to life of all innocent human life from conception to natural death.

Before being elected to Congress, Jake served as the 40th Kansas State Treasurer. In 2018, he became the youngest statewide elected official in America at 30 years old. He also represented the people of Southeast Kansas in the State Senate, serving from 2013-2017.

Hankering for a Headcount

Jake introduced an amendment this week that would fund a headcount of the American citizens present in Afghanistan when Biden announced they would withdraw back in April. The amendment would redirect $25 million of funding from environmental oversight and was quickly dismissed. “Every single Democrat on the committee shot it down,” Jake said, lamenting the lack of bipartisan support on an investigation that would divert funds away from “progressive environmental justice programs.” Which would you choose to fund, the headcount of Americans left in Afghanistan or the environmental justice programs?

While foreign affairs have taken over the news cycles in the last couple weeks, much of Jake’s attention has remained at home in his district. He hosted a job fair to help encourage Kansans to return to the workforce by meeting local businesses and exploring available jobs. Big businesses like Chick-Fil-A and Pepsico participated and there were over 3,000 jobs available for attendees to explore. Jake, like many of his GOP colleagues, blames the extended unemployment benefits for so many unfilled jobs. Do you think unemployment collections are to blame?

Jake took to the House floor to defend the Hyde Amendment. What is it you ask? In 1980, the Hyde Amendment came into effect as a legislative provision barring the use of federal funds to pay for abortion except to save the life of the woman, or if the pregnancy arises from incest or rape. Why is it important now? President Biden introduced a budget that omitted the Hyde Amendment, fulfilling a campaign promise to repeal the Hyde Amendment. This is the first time in 40 years we are seeing an important shift in the abortion debate, which highlights a new focus on the health needs of low-income women and women of color but aggravates pro-life politicians like Jake.

Jake blasted President Biden on twitter this week for being soft on China. Biden announced he would not sanction China for recent cyberattacks, claiming they were only “protecting” the hackers. Jake calls Biden’s decision “unacceptable” and demands stronger action be taken against hackers operating out of China. Do you think President Biden should consider sanctions?

The first Democratic challenger has entered the race to try and unseat Jake in the 2022 midterms. Patrick Schmidt, a formal naval intelligence officer, is running on a message of unity and making healthcare and education more affordable. He has an uphill battle as Jake won the 2020 election by 15 points over his Democratic opponent. Additionally, Jake’s attacks on Schmidt are already underway as it was revealed that Schmidt only moved to the area earlier this year after leaving active duty. A spokesperson for Jake’s campaign said, “we’re happy to recommend a good realtor if that’s helpful.” lol.