A former news reporter, award winning journalist and mother of two sons, in 2017 she was the first woman to represent Iowa’s 67th district in the state legislature. 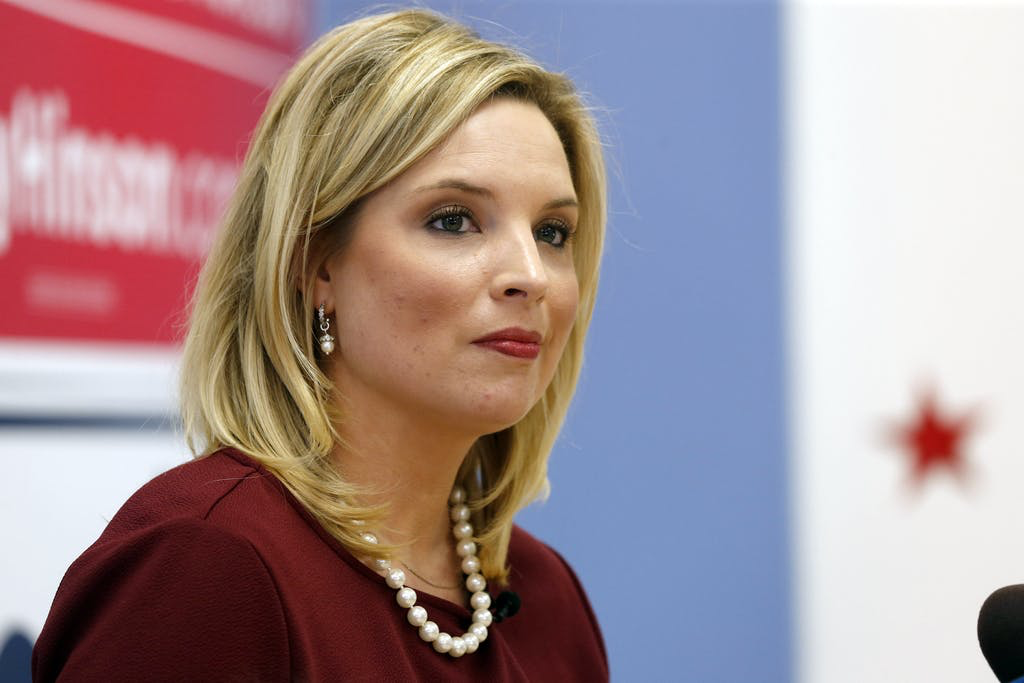 A former news reporter, award winning journalist and mother of two sons, in 2017 she was the first woman to represent Iowa’s 67th district in the state legislature.

Prior to serving in the Iowa House, Ashley was a reporter for KCRG-TV in Cedar Rapids where she earned recognition as a two-time Midwest regional Emmy award as an RTDNA Health Reporting Fellow and a Waypoint Tribute to Women Honoree.

Ashley continues to sound the heating-bill alarm bells as winter has now firmly arrived in her state and many living paycheck to paycheck struggle to make ends meet, let alone cover the cost of their exorbitant heating bills. Ashley has been calling on the Biden administration to harness domestic resources to help bring down these costs. As a result, the New York Times now reports that they’ve released almost $3.75 billion in low-income energy assistance. Thanks for keepin’‘em honest Ashley!

Ashley spent her 2021 working on immigration reform. Like many Americans, Ashley is deeply concerned about what’s happening at our southern border as migrants continue to flood at record rates. She introduced the See the Crisis Act which unfortunately for her, was blocked on the House floor. The bill would have held the administration accountable by blocking Vice President Harris from using taxpayer dollars to fly internationally until she visits the southern border. Though the Vice President did eventually visit the southern border, Ashley continued to discuss and criticize the Biden administration’s handling of the situation. In interviews, Ashley decried the lack of leadership from Homeland Security Secretary Mayorkas on the border situation that is still taking place.

Time for a Revamp

An ecologically unique region that spans across Iowa, Illinois, Minnesota, and Wisconsin has grabbed the attention of some bipartisan leaders who want to make sure it is conserved. Ashley along with her colleagues introduced the Driftless Area Landscape Conservation Initiative (DALCI) Act to give farmers the tools to implement conservation practices across the Driftless Area, with the goal of improving drinking water quality and reducing flood risk. Originally this program was launched in 2012 to help farmers fight erosion and restore cold water steam corridors but stopped in 2017. This 2.0 bill version would build on top of this and bring back much needed funds.

The price of gas is top of mind for many Americans right now, but Ashley is also addressing another element at the gas pump – the regulations around the gas itself. She and a group of bipartisan colleagues introduced the Defend the Blend Act which would prohibit the EPA from retroactively regulating biofuel blending requirements (what’s in the gas). This issue is particularly important to Iowans as Iowa produces much of the biofuel and ethanol that’s added to our gas. Their goal is to establish certainty in the industry and not allow the EPA to get all wishy washy on local producers. Something to keep in mind next time you’re at the pump!

45ers Working and Healing Together!

Teamwork is a beautiful thing and this week’s award goes to Ashley, who joined fellow under-45er Tom Cotton in introducing the HEALING Mothers and Fathers Act. We’ll spare you the acronym breakdown but suffice it to say it seeks to help parents heal when faced with losing an unborn child. Specifically, the bill looks to amend the Family and Medical Leave Act to include the loss of an unborn child as a qualifying condition for FMLA leave. It would also allow for parents in those instances to receive a refundable tax credit. Ashley put it succinctly when saying this “will give families the time and resources to help them through this unimaginable loss.”