A Cherokee-American, conservative Christian, and former pro MMA fighter who took over and grew his family’s small business. 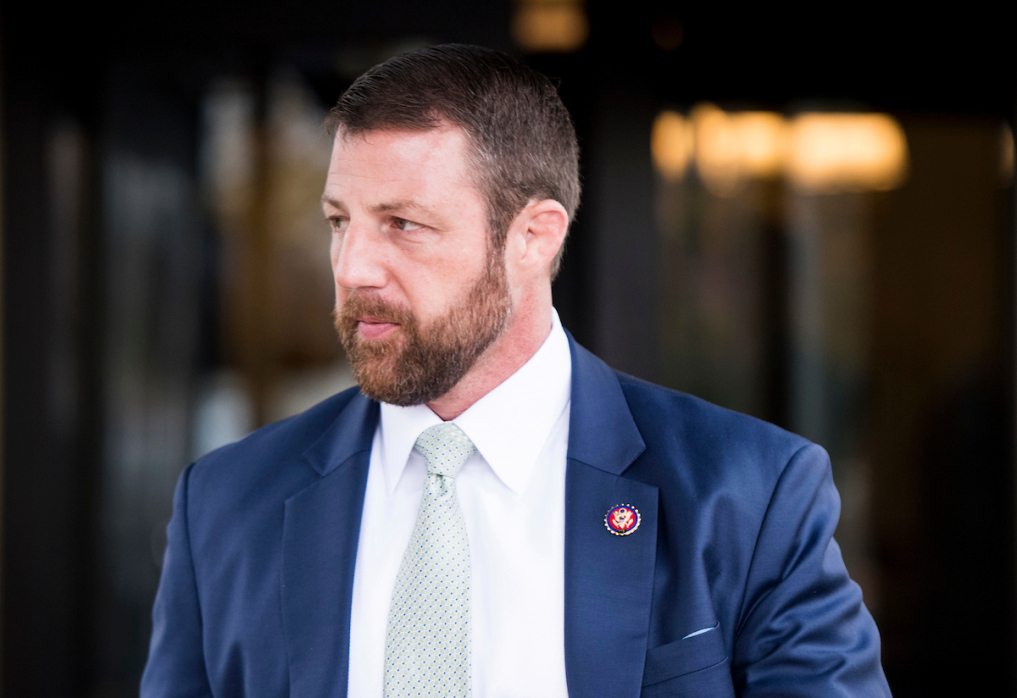 A Cherokee-American, conservative Christian, and former pro MMA fighter who took over and grew his family’s small business.

When Markwayne’s father fell ill he ran Mullin Plumbing, one of the largest service companies in its region. He also hosted House Talk, a home improvement radio program.

Markwayne continues to be a leading Congressional voice in the fight for equal rights among the Native American community. He reintroduced the Tribal Health Data Improvement Act, a bipartisan bill that would allow Tribal Health Services to have better access to public health data. In his statement, Markwayne noted that for years, Tribes have faced many challenges while trying to access their public health data. Upon the arrival of Covid, this challenge only grew harder, and the need for the data only became more vital. This bill passed the House last congress but was not voted on in the Senate. Markwayne is hoping that can change this year. And speaking of years, Markwayne celebrated 24 years of marriage to his wife Christie. We will raise a virtual glass during the next Political Playlist Happy Hour podcast!

As airlines rebound from being battered by the coronavirus, there is a shortage of qualified aviation professionals to man and manage the planes (eek). Markwayne is co-sponsoring a bill that will help shape a new generation of pilots, engineers, and other technicians by improving aviation curriculum, allow for more economic and safety data research, enable more opportunity for apprenticeships, and help military veterans work in the industry. Interestingly, taxpayer dollars would not be used to fund the initiative, but rather a contribution from the aviation trust fund (didn’t know that was a thing) which comes from those pesky fees you pay on each flight. At least they’re going to good use!

In April 2020, Vanessa Guillen, a 20-year-old U.S. Army soldier, was murdered inside a Fort Hood, Texas, armory by another enlisted soldier. Vanessa was the victim of sexual harassment and assault by her platoon sergeant while she served in the military and sadly, her command sergeant was aware of the allegation and did nothing. Mark, along with his bipartisan colleagues and PP leader Jason Crow (D-CO) introduced the I am Vanessa Guillen Act that would revolutionize the military’s response to reports of sexual harassment/assault by making sexual harassment a standalone offense and moving prosecution decisions out of the chain of command. A companion bill was also introduced in the Senate at the same time. As Mark mentioned, this is not a Republican or a Democrat issue – it’s an American issue.

Now that former Congresswoman Deb Haaland became the Interior Secretary, Markwayne is only one of Five Native Americans in Congress, along with fellow under-45er Sharice Davids. When asked what he thought about the first Native American to hold a Cabinet position he said “it’s exciting for someone… from Indian Country” but he also withheld praise, saying “we still, yet, don’t know what her policies are.” He went on to say that “just because you’re Native, doesn’t mean your policies line up with all of Indian Country.” In fact, Markwayne pointed out that as a democratic Congresswoman, she was no friend to the Oil and Gas Industry, which he says many tribes depend on financially. But perhaps, if nothing else, this kinship can help serve as an open door for conversation in such an otherwise bitterly divided Congress.

If you’ve been targeted by a scam, you know that it SUCKS. Now, if you’re a member of a Native Tribe you’re even more likely to be targeted as many of these scammers look for people who receive trust or settlement payments (which many Tribes do). Markwayne, who’s of Cherokee descent, just had his bill, Protecting Indian Tribes from Scams Act, pass the House! The bill, which will now make its way to the Senate, directs the Federal Trade Commission to study the schemes that target Tribes and help Congress plan how to take action against the fraud. Moments like these, which could have an important impact on a vulnerable American community, often go unnoticed – congrats, Markwayne!

Leave Your Background Checks at the Door

Mark took to an op-ed to outline his opposition to the “bipartisan” Background Checks Act which he rejects as an unlawful and misguided bill that criminalizes lawful gun owners while doing nothing to prevent gun violence. The bill prohibits a firearm transfer between private parties unless a licensed gun dealer/manufacturer/importer first takes possession of the firearm to conduct a background check. If the background check is not done the person could suffer penalties of up to a year in prison or $100,000 in fines. Mark outlines various scenarios where this “transfer” could be considered… even in a hunting scenario. We have to wonder where a starting place for bipartisanship on this issue might be if background checks like those proposed can’t even get support?

So here’s something fascinating: it supposedly wasn’t until just last year that Markwayne finally got internet in his house! WHAT??? That’s right, Markwayne came clean in his weekly column “Mullin’ It Over” acknowledging that he knows firsthand the challenges surrounding little-or-no internet coverage in rural areas. That’s precisely why he’s hoping to make rural access to high-speed broadband a core part of the big infrastructure debate coming up in Congress. Almost half in his district do not have internet, leaving many behind the digital curve, especially given the new-normal necessities like telework and telemedicine. In this day and age, this seems like a no brainer, especially since Schitt’s Creek isn’t going to be on Netflix forever.

Markwayne joined Steve Scalise (R-LA) and several of his Republican colleagues in writing a letter to the Acting Secretary of the Interior regarding the 60-day suspension of new gas and oil leases on federal lands. The letter details the numerous ways this creates great uncertainty in producers planning their day-to-day operations, and insists that it puts workers’ jobs in jeopardy. While the Interior Department spokesman said that nothing has been “paused or suspended, simply elevated to a level of review,” the letter details how in practice, that’s not the case and the risk of an accelerated shutdown actually poses environmental hazards. Not sure if letters like these move the needle but it’s fun to compare all the lawmakers’ signatures, at least.

President Biden threw people into a frenzy when one of his executive orders called for raising the minimum wage to $15/hour. At a high level this probably sounds great to many people but understanding the mechanics and math behind it is key. This proposal has now become a highly partisan issue and Markwayne posted his thoughts on the issue calling it a step too far to appease the Socialist Democrats. He noted that raising the minimum wage will increase the national deficit by $54 billion, threaten the livelihoods of millions of small business employees, and raise the prices of goods and services. In Oklahoma, 99 percent of businesses are small businesses. Looks like we need Congress to get the calculator out and show us the math!

The news of Marjorie Taylor Greene’s past comments about conspiracy theories and her subsequent removal from her committee assignments has now made its way through the national news cycle (over, and over, and over again). And… so has Markwayne. He took to various news programs to defend Greene, not on the basis of her comments, but on what he says is blatant hypocrisy by Democrats. He called out ‘Squad’ members like AOC (D-NY) and Ilhan Omar (D-MN), and veteran lawmakers like Maxine Waters (D-CA) for offensive and outlandish comments they’ve made without repercussions. “What the Democrats are doing is dangerous, removing a Republican (from committees) without controlling their own members,” he said.