Josh was the head of Yale Law School’s chapter of the conservative Federalist Society and published a biography of Teddy Roosevelt. As of 2020, he’s the youngest member of the U.S. Senate. 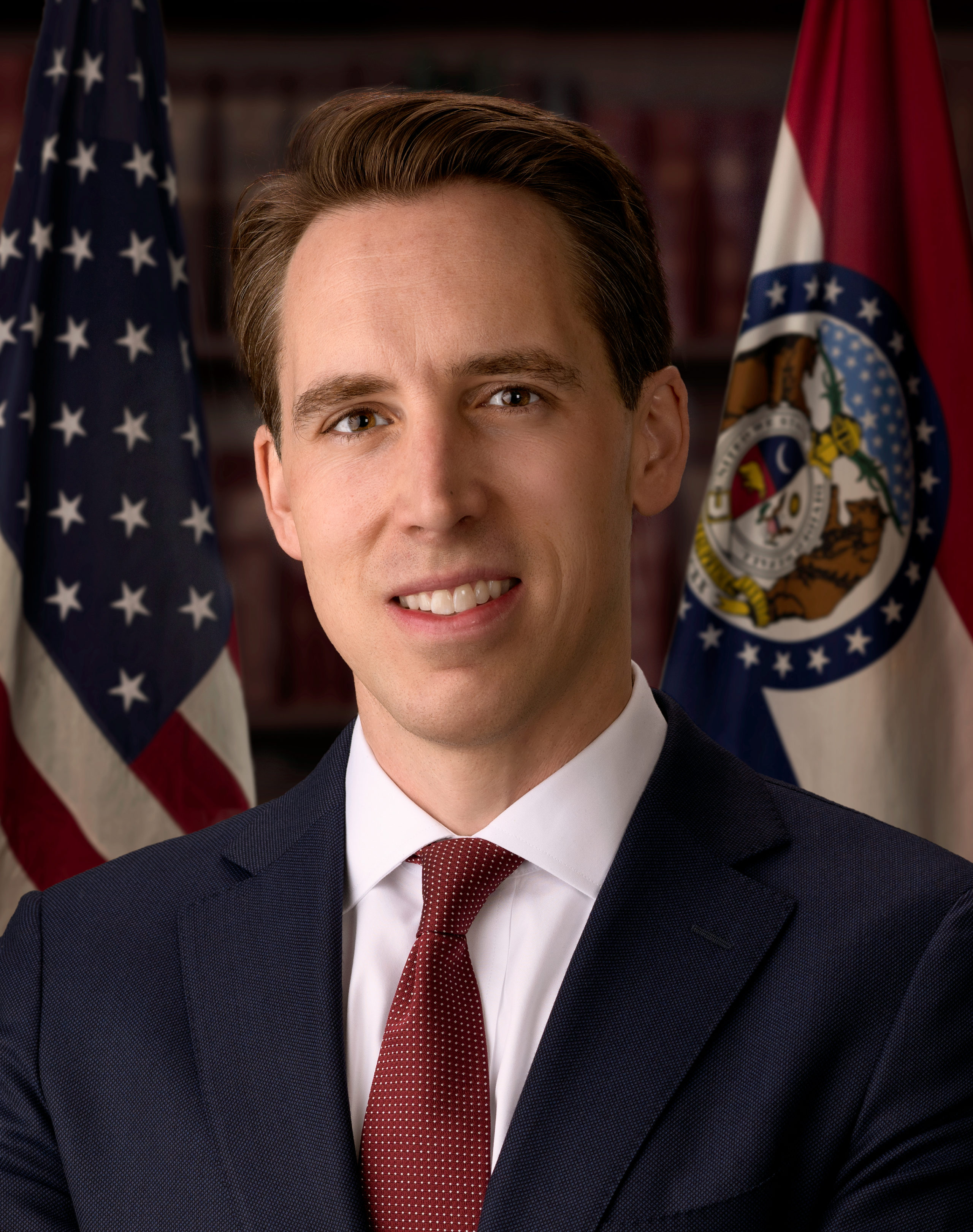 Josh was the head of Yale Law School’s chapter of the conservative Federalist Society and published a biography of Teddy Roosevelt. In 2021, Josh rose to prominence as one of the youngest Senators for his attacks on Big Tech, illegal immigration, and China.

After working as an appellate litigator at a large firm in D.C., he worked for the Becket Fund for Religious Liberty. He moved back to Missouri and became an associate professor at the University of Missouri School of Law and was admitted to the Supreme Court bar, becoming eligible to argue cases before the Supreme Court. In 2016, he was elected Attorney General of Missouri and against sexual abuse in the Catholic church, opioid manufacturers, and the Affordable Care Act while opening investigations into large tech companies’ privacy practices.

Josh has made quite a name for himself after being elected as one of the youngest Senators. Last year he published a book on the dangers of Big Tech and emerged as one of the loudest voices against Big Tech, illegal immigration, and China.

Josh is introducing the Banning Insider Trading in Congress Act which would prohibit Congressional members and their spouses from holding or trading individual stocks. If a member is found in violation, they must return their profits to the American people. Every Congressional cycle we see various politicians get in trouble for buying and selling stocks after important meetings. At Political Playlist we agree this should not be allowed…especially since most of them get book deals!

Josh has his mind on immigration reform this year. He wrote a letter to the president imploring him to keep the freeze on temporary foreign workers in place until the national unemployment numbers further recover. Josh joined a group of Republican senators to introduce the Securing the Homeland from International Entrants with Life-threatening Diseases (SHIELD) Act to codify the Trump administration’s public health order under Title 42 that required U.S. border officials to promptly remove illegal immigrants to stop the spread of COVID-19. Josh and a group of Republican senators wrote a letter to the DHS Secretary arguing that President Biden‘s new border policies make it difficult for ICE officers to make arrests in the field, leading to a sharp drop in the number of apprehension and arrests.

There’s no doubt that Josh is a strategic politician with a possible eye on a presidential run in 2024. His most recent strategy has revolved around being one of two main holdouts (the other is Ted Cruz) on confirming many of Biden’s ambassador picks. As we near year-end, Leader Schumer is attempting to strike a deal that would convince Josh to move ahead with some ‘yes’ votes so that the nominees don’t have to be sent back to the beginning of the process (which would be the case if they’re not confirmed before January). While Cruz has signaled some terms under which he might agree to confirm various nominees, Josh’s intentions remain relatively unknown. Do you think Josh should stand his ground or begin to make some concessions for the sake of foreign policy?

If you’re a male in the US, you have to register for the US Selective Service System—the Army draft—when you turn 18 years old. And this only included men until the recent Defense Spending Bill in September struck the word “male” from the stipulations and opened it up to all persons, male and female. Josh has now introduced an amendment to that bill that would NOT require women to sign up for the draft, rather allowing them the CHOICE to serve. He points to his sister, a Navy vet, who proudly served but at her own discretion. While plenty of women (and men) have zero interest in military service, this does present a larger question about equal rights. Is this furthering the cause of women or actually regressing back to an uneven playing field?