A former US Airforce fighter pilot, advisor to President Trump, and father of 3. Colonel Pfluger served in active duty for 20 years flying F-22 fighter jets. He is also a former Eagle Scout with a background in aeronautical science. 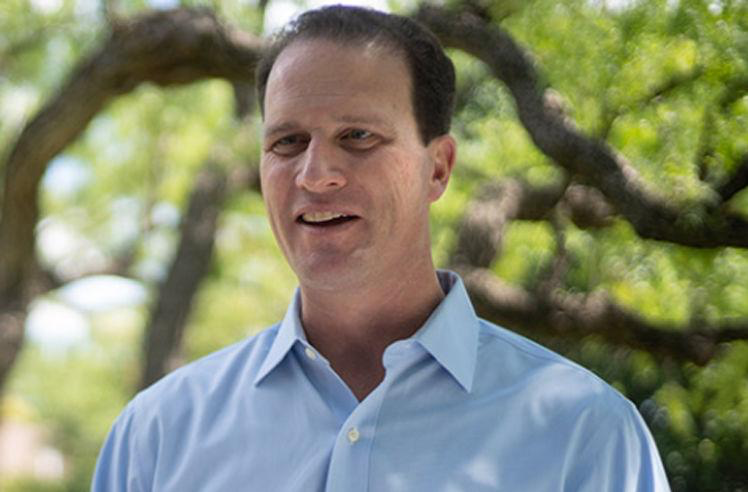 A former US Airforce fighter pilot, advisor to President Trump, and father of 3. Colonel Pfluger served in active duty for 20 years flying F-22 fighter jets. He is also a former Eagle Scout with a background in aeronautical science.

August has a long-family history in Texas as well as military service which inspired him to attend the United States Air Force Academy and then continue his education in military operations. He is a decorated combat veteran of the Air Force with over 300 hours of direct action against radical jihadists in the Islamic State in Iraq and Syria (ISIS). Before being elected to Congress, he worked at NATO and the Pentagon, and served on President Trumps’ National Security Council.

August represents a heavily agricultural district and the well being of farmers and ranchers has always been at the forefront of his legislation. While trying to counteract the Endangered Species Act might seem like a delicate bone to pick, August insists that there are ways to continue protecting endangered species without overregulating farmers and has introduced the Listing Reform Act to do so. In addition to providing “common sense protections” and decreasing regulation, the act would also require the federal government to analyze the actual costs of Endangered Species Act listings on communities and industries. While we’re at an environmental crossroads, do you think August is onto something with this reform?

August released a report detailing his 6 months in office, specifically focused on his commitment to energy, agriculture, and national security. A couple of the highlights from the report mentioned how August represents the largest oil and gas producing region in the country and was the first freshman member to introduce legislation surrounding energy. He serves on the Texas Ag Task Force and supports numerous legislation pieces to lift up the agriculture industry. And in terms of national security, he has been at the forefront of the border crisis, and imposing sanctions on Iran and Russia. Check out the full report if you get a chance!

Positive news for August as his first original piece of legislation passed the House with bipartisan support. August has been vocal and a champion to free U.S. Marine Corp Veteran Travis Reed from prison in Russia. “Today’s vote is a clear condemnation of Vladimir Putin and his regime for Trevor’s corrupt conviction and detainment. We will not tolerate an American citizen being used as a political pawn on the global stage, and I will not stop fighting for Trevor until he is safely back on American soil. The Putin regime must immediately release Trevor Reed and reunite him with his loving family.” Let’s bring Travis home.

Two US Marines, Trevor Reed and Paul Whelan were arrested, detained, and charged in Russia on what August and many other colleagues on both sides of the aisle are calling bogus charges. As Biden gears up to meet with President Putin, August has penned a letter requesting that Biden call for the Marines’ release during the meeting. While the news chyrons will surely be focused on the important conversation between the two countries, this detail will most likely not make it into mainstream reports, but with two American lives at stake, we’re glad August is on the case.

That Costs How Much??

While border security and immigration reform are a top issue, many are unaware of the financial implications it has on various border cities. August found out that a hospital in one of his districts, the Midland Memorial Hospital, has treated 40+ illegal immigrant minors for a range of issues from COVID, pregnancy, suicide attempts, etc. The total cost has been more than $200,000 and has not been reimbursed from the Department of Health and Human Services. How many other hospitals are in the same position? And more importantly – does August have a plan to fix it?