Why The 2020 Census Is So Important

The U.S. Census Bureau has released the first data from the 2020 census, which will set in motion the redistricting process. As a result, the process called congressional reapportionment will take place, and thus, a new Electoral map will be used.

Why The 2020 Census Is So Important 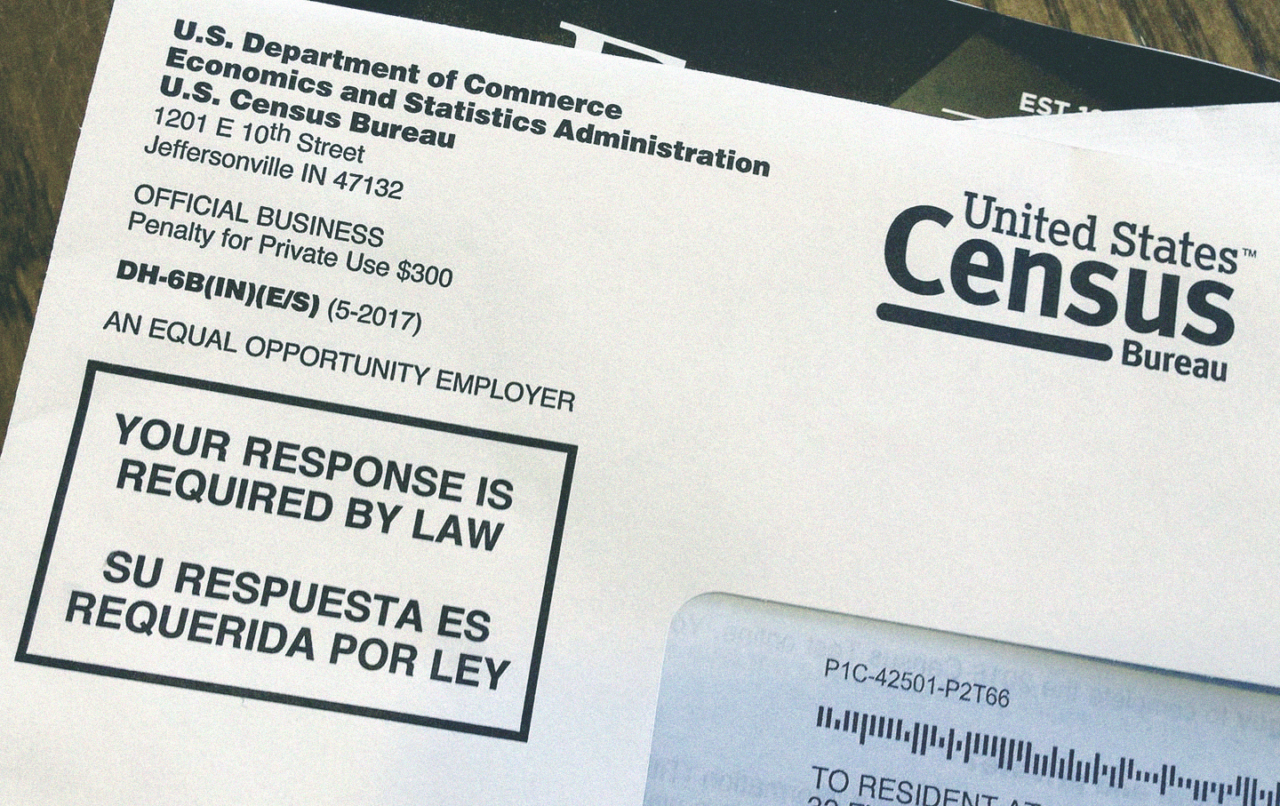 The U.S. Census Bureau has released the first data from the 2020 census, which will set in motion the redistricting process. As a result, the process called congressional reapportionment will take place, and thus, a new Electoral map will be used.

In normal times, the release occurs at the end of every decade in December, but the pandemic, along with the previous administration’s interferences, has mired the process in delays.

Every decade since 1790, the Census Bureau counts each state and the country’s population. The announcement is impatiently long-awaited because it plays a big role:

It will reset the political balance of the next decade in the House and in the Electoral College.

As the Constitution states, the more residents each state has, the more seats it will get in the House of Representatives and the more of a say it will have in deciding who will be in the White House. In fact, after the calculation arrives, each state gets house seats through a method of equal proportions. Consequently, each state will obtain proportionate representation in the Electoral College, which is made up of 538 votes – 435 of these are allocated based on the number of House seats each state has, and 100 votes on the Senate seats, plus three for the District of Columbia. This decennial count of the population is absolutely critical and of considerable attention from both parties, given its huge impact on every branch of government for the next 10 years.

Data released by the U.S. Census Bureau show that over the past decade the US population has grown at its slowest rate since the 1930s.

With a total of 331,449,281 people in 2020, the population only increased by 7.4% compared to the previous decade. Demographers say that the slow pace is due to lower birth rates, a higher aging population, and lower rates of immigration. Inevitably, the slow growth in many states will cause the loss of seats in the House, while in others the opposite will occur. Nonetheless, the results didn’t come up without some surprise. Overall, six are the states that will gain seats in the House: Colorado, Florida, Montana, North Carolina, and Oregon will add one, and Texas two. Meanwhile, California, Illinois, Michigan, New York, Ohio, Pennsylvania, and West Virginia will lose one.

In the end, the shifts were smaller than expected, and these are the major takeaways. Due to population shifts from the Rust Belt to the Sun Belt, five seats will go from blue to red states. California, the nation’s largest state, lost a district for the first time, in the aftermath of the slow growth of the population. Texas will not add three seats in the next year’s midterm elections, as predicted, but two. Other surprises come from Florida, which will add one seat, the 28th, and not two as expected, and from the wrong anticipation of Arizona picking up a seat– it maintains its districts without gains. Last but not least, New York, which lost a seat in the House for the lack of just 89 people (better respond to the census in 2030!).
On one side, it can be seen that Democrats are still not able to change and control the redistricting process in some of the states lightly turning blue (Georgia, for instance). On the other side of the aisle, Republicans are optimistic about the outcome, as Rep. Mario Diaz-Balart (R-Fla.), who is the GOP redistricting chair, declared: “Because of history, because of reapportionment, if I was a betting person, I’d put my money on Republicans retaking the House”. 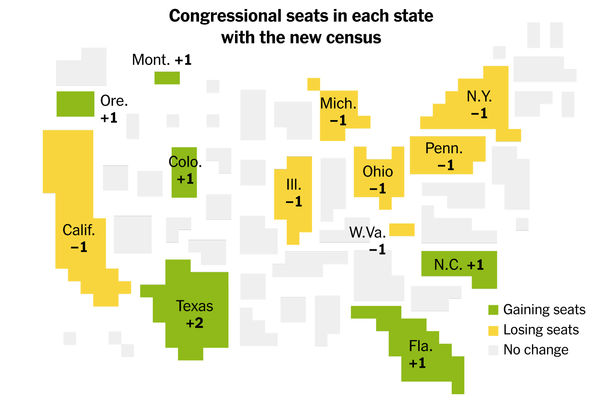 As mentioned before, the census comes up months later than planned, since lockdowns forced the bureau to delay. Therefore, statistics regarding age, sex, race, ethnicity, as well as the exact number of people living in counties, cities, towns, and other smaller areas, are not contained in this first census. The detailed information is expected to be released on August 16. Accordingly, when it comes up, the results of the calculus will be even more complete.

Once the complete census arrives, the Secretary of Commerce oversees the bureau, along with the President and Congress. Finally, the Clerk of the House (Cheryl L. Johnson was sworn in for the 117th Congress) certifies the numbers. The House is reapportioned after the certification, while the new Electoral College map goes into effect with the 2024 presidential election.

It’s crucial to know this process in order to have a better understanding of what will happen in the next presidential race, in 2024.

The big question of the day is whether the outcome of the 2020 Election would be the same or not if the census arrived as usually planned, in December. The short answer is yes, it wouldn’t create a great shift in the composition of the Electoral College. Taking into consideration the data presented so far, President Biden would see a slight lightening of electoral votes, from 306 to 301, while the ones of former President Trump would marginally expand from 232 to 237. In other words, Biden would still comfortably win the White House, even if the census was published last December.

THE COMPLETE 14 PERCENT: Out With the Old, In With the MAGA