Meet the newly-elected members of Congress under 45-years-old who will be featured on the Political Playlist platform come January 2021!

Political Playlists aims to bring you up-to-date, concise, non-partisan information about young members of congress, which means some of the politicians on our site will change with each new election. You’ll have to get used to the possibility of your favorite (or even least favorite) politicians leaving our website, but that means you get the chance to read about your new representatives, stay up-to-date, and possibly find new favorites to follow.

In January 2021, we say goodbye to Kendra Horn (D-OK), Joe Cunningham (D-SC), Abby Finkenauer (D-IA), Max Rose (D-NY), and Xochitel Torres Small (D-NM), many of whom lost extremely tight races. All of these members of Congress had only served one term and are all Democrats.
With these young politicians dropping off the Political Playlist site, there come 12 new politicians under the age of 45 (6 Democrats and 6 Republicans). Will these young politicians only serve one term like those who’ve lost their races, or will they be around for decades? We’ll have to wait and see.

Madison Cawthorn is a Republican from North Carolina representing the 11th Congressional district. Madison, who currently owns a real estate investment firm, will be the youngest member of Congress at 25-years-old. He is a rising star in the Republican party and was a featured speaker at the RNC this summer, though this new spotlight has also resurfaced some old controversial comments.

Sara Jacobs is a Democrat from California representing the 53rd Congressional district. She is 31-years-old and worked for the UN and UNICEF. She’s the founding CEO of an education non-profit working to close opportunity gaps for students around the world and also formed a non-profit to end child poverty.

Ritchie Torres is a Democrat who will represent New York’s 15th Congressional district. He is 32-years-old and will be will be one of the first openly gay and black/Afro-Latino congressmen. He has overseen the New York Housing Authority, the nation’s largest public housing system and is an advocate for public housing. He’s also a twin!

Jamaal Bowman, age 44, is a Democrat from New York who will represent their 16th Congressional district. He is the founder and former principal of a public middle school and is a champion for public education. He was endorsed by President Obama and recently earned his doctorate in education (smart guy!). He has worked with Avenues the World school, Negus World, and Hip Hop Saves Lives to help implement social justice curriculum.

Cori Bush, a Democrat from Missouri, will represent their 1st Congressional district. At 44-years-old, she is also a nurse, pastor and single mom (a supreme multi-tasker). She will be the first black woman to represent Missouri in congress and supports criminal justice reform, abortion rights and cancelling student debt. Cori was featured in the documentary Knock Down the House, with AOC, for her unsuccessful run in 2018. Don’t call it a comeback.

Lauren Boebert, a Republican, will represent Colorado’s 3rd Congressional district. At 35-years-old she will be the first woman to represent the 3rd district of Colorado in Congress. She is a restaurant owner and has counseled at-risk women in jail. Lauren ran on a pro-gun and pro-life platform.

Mondaire Jones, age 33, is a Democrat from New York who will represent their 17th Congressional district. He will be one of the two first openly gay, black men in congress. Mondair attended Harvard Law School and after graduation was honored by the Legal Aid Society for his hundreds of hours of pro-bono legal work. He is co-founder of the non-profit Rising Leaders, Inc., which teaches leadership skills to underserved students.

Peter Meijer, age 32, is a Republican who will represent Michigan’s 3rd Congressional district. He’s helped pass federal legislation (including the Post-911 GI Bill), served with the US Army in Iraq, and led humanitarian efforts in South Sudan (among many others!). Peter’s great-grandfather founded the U.S. supermarket chain Meijer in 1934. The Meijer family is one of the wealthiest in the United States.

Jake LaTurner, a Republican from Kansas, is 32-years-old and will represent their 2nd Congressional district. He currently serves as the 40th Kansas State Treasurer. He has an A+ rating from the NRA for successful passage of Constitutional Carry.
LaTurner also administers the Kansas Learning Quest 529 Education Savings effort that helps young people save for college.

Nancy Mace, age 42, is a Republican from South Carolina who will represent the state’s 1st Congressional district. She was the first woman to graduate from The Citadel, the Military College of South Carolina, as part of its Corps of Cadets. She is a pro-life, single mom of two and an author—she wrote In the Company of Men: A Woman at The Citadel, about her experience as the first woman to graduate from the college.

Jake Auchincloss, age 32, is a Democrat from Massachusetts who will represent the 4th Congressional district seat vacated by Joseph Kennedy III. Jake is a former city council member and U.S. Marine captain who served in Afghanistan and Panama. Jake has said that his military experience will impact his work in Congress.

Nicole Malliotakis, a Republican, is 40-years-old and will represent New York’s 11th district. Nicole was the first ever Greek- and first ever Cuban-American woman to be elected to the NY State Assembly. She later ran against NYC Mayor Bill DeBlasio in 2017 before launching her campaign to run for the U.S. House.

This is a diverse group of young politicians that include many ‘firsts’, like the first openly gay men and first women to represent in their state or district in congress. They ran on many differing views and issues stances, and many won by a razor thin margin. We look forward to the work they’ll do, to keeping you up to date on their progress, and to holding them and all the other Political Playlist lawmakers accountable!

To start getting educated about congressional politicians under age 45, subscribe to the biweekly Political Playlist newsletter on our homepage! 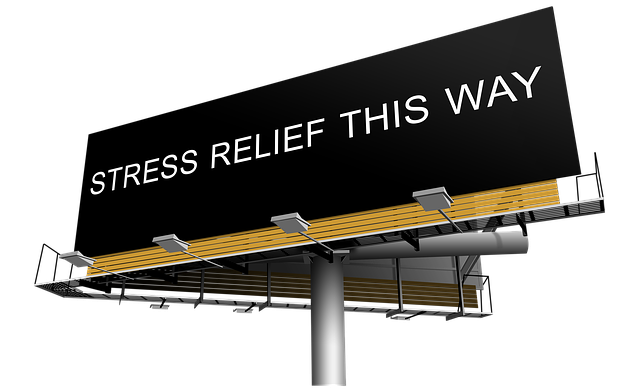