Jason paid his way through college by working construction and enlisting in the National Guard before becoming an Army Ranger. 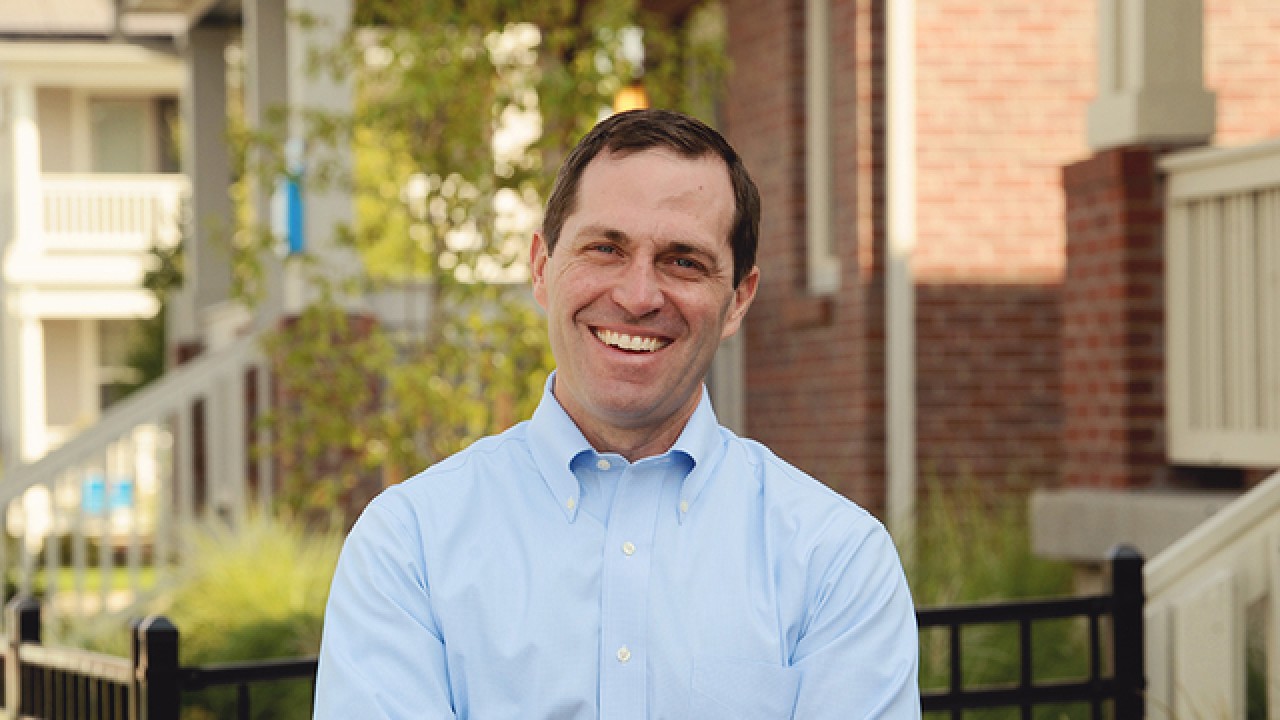 Jason paid his way through college by working construction and enlisting in the National Guard before becoming an Army Ranger.

In addition to being partner at a law firm, Jason served three tours of duty in Iraq and Afghanistan. After struggling to obtain his own veterans’ benefits, he began working to help other veterans across Colorado.

With so many businesses still hurting a year after the start of the pandemic, Jason and a group of bipartisan lawmakers have a creative solution – competition. They have introduced the Next Generation Entrepreneurship Corps Act, which calls for a nationwide competitive fellowship that would choose 320 entrepreneurs every year for the next 6 years to help get their businesses up and running by pairing them with mentors to hone their business plan and pitch to investors. The program is meant to help Americans who have had difficulty gaining access to capital and mentorship – namely young people and non-white communities. With more new businesses come more new jobs so we’re rooting for ya on this one, Jason!

Jason was selected to join the House Permanent Select Committee on Intelligence which oversees the government’s top-secret information about threats to national security – pretty coooool. This does not come as much of a surprise, since Jason is an Army Ranger veteran and has been vocal about the Capitol attacks and his belief that it could have been prevented through various measures by the Capitol police. The committee focuses on all matters related to national security and Jason was one of two new Democrats appointed to the 23 member committee. We love seeing young members getting appointed to these prestigious positions.

One of the notable heroes during the attacks on the Capitol, Jason continues to call for civilians, law enforcement, and even lawmakers who were involved to be held accountable. But ALSO, he’s introduced bipartisan legislation with Rep. Brad Wenstrup (R-OH) regarding military spouses. The Military Spouses Retirement Security Act would help spouses of active duty service members save for retirement by expanding their access to retirement plans. Since military spouses are subject to constant moving based on their partner’s assignments, they often don’t work anywhere long enough to qualify for retirement benefit. This bill would change that for the unsung heroes of the military!

Jason is keenly aware of a fast-approaching May 1, 2021 deadline for pulling US Troops out of Afghanistan and issued a statement regarding his commitment to working with the Biden Administration to end the war in Afghanistan. As an Army Ranger twice deployed there, he’s seen first hand “what makes the U.S. military the strongest in the world”, but has also come to know its limitations. He added, candidly, “If there was a military solution to the war in Afghanistan, we would have found one years ago.” Despite the strong call to end the war, he is a firm believer in doing it smartly and safely, which is why he joined Republican Liz Cheney in co-authoring an amendment in the NDAA signed in December that mandates a troop drawdown is subject to congressional oversight, so as not to impede our counterterrorism mission or endanger our national security.

Mass shootings have been a major part of millennial and Gen-Z daily life. This threat inspired Jason to introduce the Closing the Loophole on Interstate Firearm Sales Act (Colorado Loophole Act) – common-sense legislation that would close the loophole that allows certain gun purchasers to immediately obtain rifles and shotguns when traveling out-of-state. Under current law, a federal firearms licensee may NOT sell or transfer a firearm to an out-of-state buyer BUT this only applies to handguns. Individuals can purchase a long gun or a shotgun outside their state of residence if the transaction is in-person and it complies with the laws in both the home state of the buyer and the state in which the seller is located. We have not seen much gun law in the last few years, but with a Democratically controlled House and Senate we bet it will be a hot issue.

After making a name for himself and his heroic efforts to help his colleagues on January 6th, Jason joined fellow Democrats in calling for and eventually voting for Trump’s impeachment. During the House impeachment trial, he did not hold back in evoking a specific tweet by freshman member and QAnon supporter, Marjorie Taylor Greene (R-GA). The tweet in question, which insisted that Democrats’ be held responsible for the “political violence inspired by their rhetoric” (referring to the breach of the Capito)l. Jason had it up to HERE, calling her “depraved” and “dangerous”. How the sizable far-right faction of the Republican party will reconcile with the rest of Congress remains to be seen.

I Will Protect This House

Combat instincts and muscle memory remain strong in this former Army Ranger who leapt into action during last week’s siege of the Capitol, protecting fellow colleagues from the rioters while displaying poise under pressure. He issued an official statement on the events calling out the President but also laying the blame squarely at the feet for the men and women in Congress who have enabled him for so long and voted for impeachment yesterday. Despite any political differences, he ensures that his first allegiance is to the constitution and his fellow Americans, which is why he remained on the House floor until all of his colleagues had safely evacuated. That’s heroics worthy of applause.

43% of the people in the U.S. armed forces are people of color. This stat, which is not publicized enough, led Jason to introduce legislation that would mandate a more rigorous diversity training program for troops, civilian staff, and contractors at the Defense Department. President Trump tried to eradicate some diversity training programs in the federal government, including the Pentagon, which has inspired Jason to push to update the current diversity programs. Jason is a former Army Ranger of the Iraq war and member of the House Armed Services Committee – presumably he has experienced how this training could help. Not everyone is on board with it though and some have said there is enough diversity training. We are not sure where Jason’s bill will end up, but we wonder if a year where race has been front and center will help or hurt his cause.

Support for small businesses of all kinds are front and center at the moment. Jason and a bipartisan group of Representatives and Senators have introduced the Next Generation of Entrepreneur Corps Act aimed at encouraging small businesses in typically underserved communities as we rebuild from the pandemic. This bill calls for funding to spur new business and job creation by starting a competitive fellowship for young entrepreneurs. The fellows would be chosen by a committee and will receive healthcare, living expenses, student loan support, and a stipend for living and startup expenses, mentorship, and networking opportunities. Do you think a program like this could act as a key piece of our national recovery in low-income areas?

At a recent congressional hearing on troop withdrawals in Afghanistan, Jason reminded the folks at home he knows a thing or two, because he’s seen a thing or two. “I went to war after 9/11 three times, twice in Afghanistan” the former Army Ranger reminded his colleagues. He continued to say that while there’s a right way to bring the troops home, this is not that way. He even joined Republican congresswoman Liz Cheney earlier this year to introduce legislation mandating greater congressional oversight with regards to timing of troop withdrawals. The great unknown question is precisely how many troops should remain to prevent the Taliban from overthrowing the Afghan government. Jason believes the President’s drawdown to 2,500 is simply not enough.