A nurse, pastor, and single mother, Cori is an avid social justice advocate. She was highlighted in the 2019 documentary Knock Down the House about her 2018 race for the House, which she lost, before then being elected in 2020. 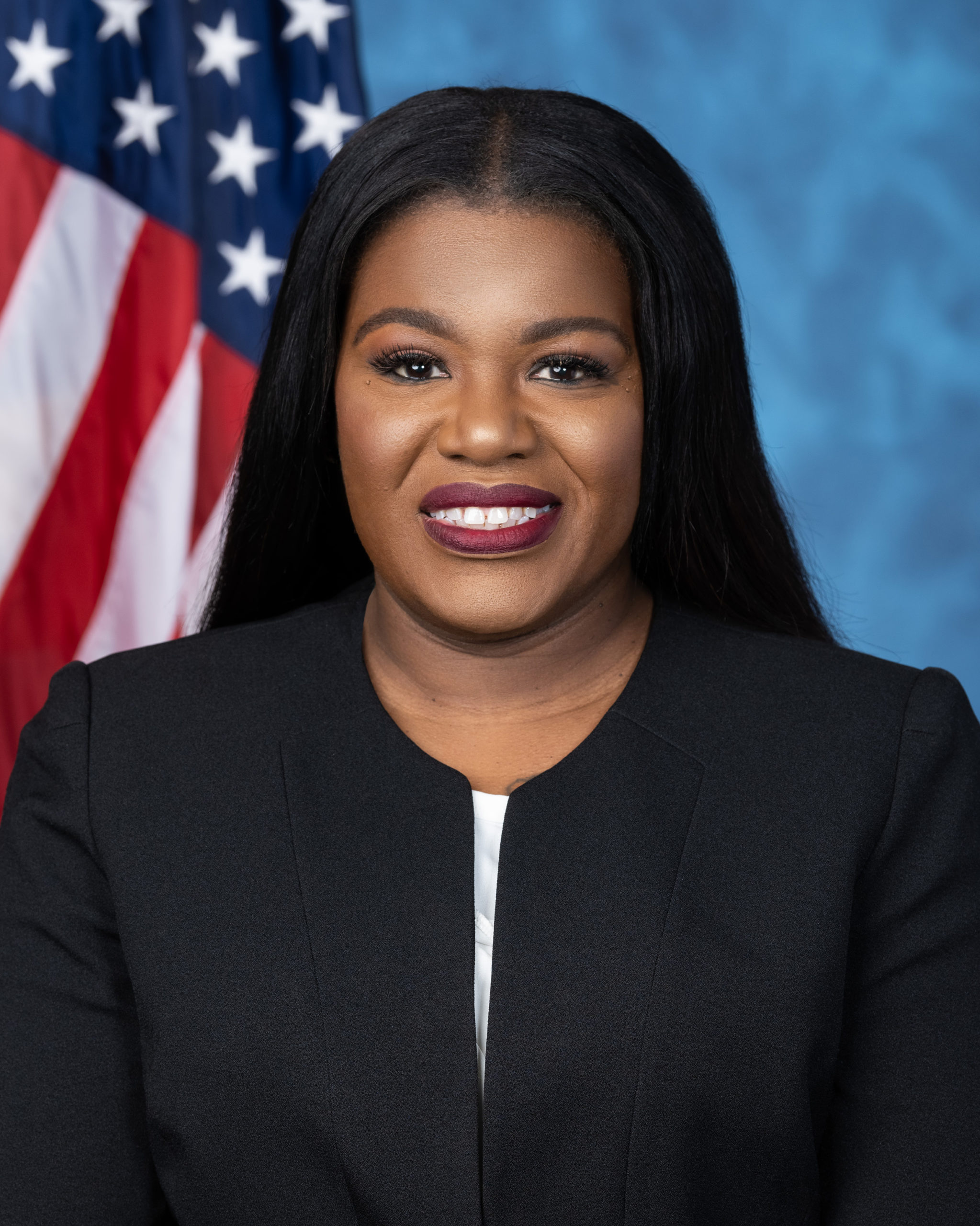 A nurse, pastor, and single mother, Cori is an avid social justice advocate. She was highlighted in the 2019 documentary Knock Down the House about her 2018 race for the House, which she lost, before then being elected in 2020. Cori’s past made her the perfect advocate for criminal justice in 2021 as she skyrocketed into the national spotlight as a hero for progressive Democrats.

Cori earned a graduate diploma in nursing in 2008 before establishing the Kingdom Embassy International Church in St. Louis in 2011, though she closed the physical location in 2014 after the killing of Michael Brown. Her involvement in the Ferguson unrest as a triage nurse and organizer sparked her interest in politics.

Cori came in swinging as an activist when elected in 2018, specifically as an organizer after the 2014 killing of Michael Brown. You may remember that she slept on the Capitol steps until the eviction moratorium for renters was extended. Her passion hasn’t wavered and criminal justice reform has been top of mind ever since she started her congressional tenure.

This Isn’t Over, Buddy!

During the last week of 2021, positive Covid cases shattered the previous record in the state of Missouri and yet, Governor Parson announced he would allow Missouri’s state of emergency to expire on December 31st at midnight. Well Cori had something to say about that, and she was joined by the Mayor of St. Louis in issuing a blistering statement to the Governor, urging him to extend the state of emergency. They said he is weakening the hospital system by removing the flexibility afforded them by the emergency action and thereby hampering their ability to manage this crisis. Do you know what the current covid state is in your town or city?

Cori Bush spent her 2021 working on criminal justice reform. Cori has spoken countless times about the need for “community-based solutions,” which focuses more on community-based intervention programs. Cori has introduced legislation to end criminal penalties for drug possession at the federal level. This bill would expunge existing records and provide resentencing opportunities for those already convicted. Cori also introduced a bill called the People’s Response Act. The bill ultimately seeks to limit the number of encounters between citizens and armed law enforcement by creating a new division within the Health and Human Services. Plus, she put her activism to work in getting the Biden administration to extend the eviction moratorium. Sometimes it just takes one person with a megaphone to enact change.

The Time for Clemency

Cori wants to end the era of mass criminalization. She introduced the FIX Clemency Act to transform our nation’s broken clemency system and address the growing mass incarceration crisis. This issue is close to home as Cori says that “Communities like my own in St. Louis have been devastated by mass incarceration and a failed war on drugs.” This bill would help establish an independent board to clear the backlog of 18,000 clemency petitions. Cori is calling on President Biden to use his clemency authority to reduce the federal prison population but hopes that her bill will help revamp an antiquated system. Do you agree with Cori?

Imagine if you received a panic-inducing letter from your heating utility threatening to shut off your heat for financial reasons just as we head into the winter season… and you live in St. Louis. Well, this is exactly what Spire Inc., a heating utility did, causing panic among many customers who might be struggling to keep up with bills. Cori sprung into action and demanded answers from the Federal Energy Regulatory Commission who labeled Spire’s communications as “highly inappropriate” and assured Cori’s constituents that “not one single household loses services this winter”. Lesson here – if you think you’re being wronged by a company in your community, call your congressperson and demand their help.