A former NFL player and son of Cuban refugees who sees himself as a conservative problem solver and seeks bipartisan solutions for America’s biggest problems. 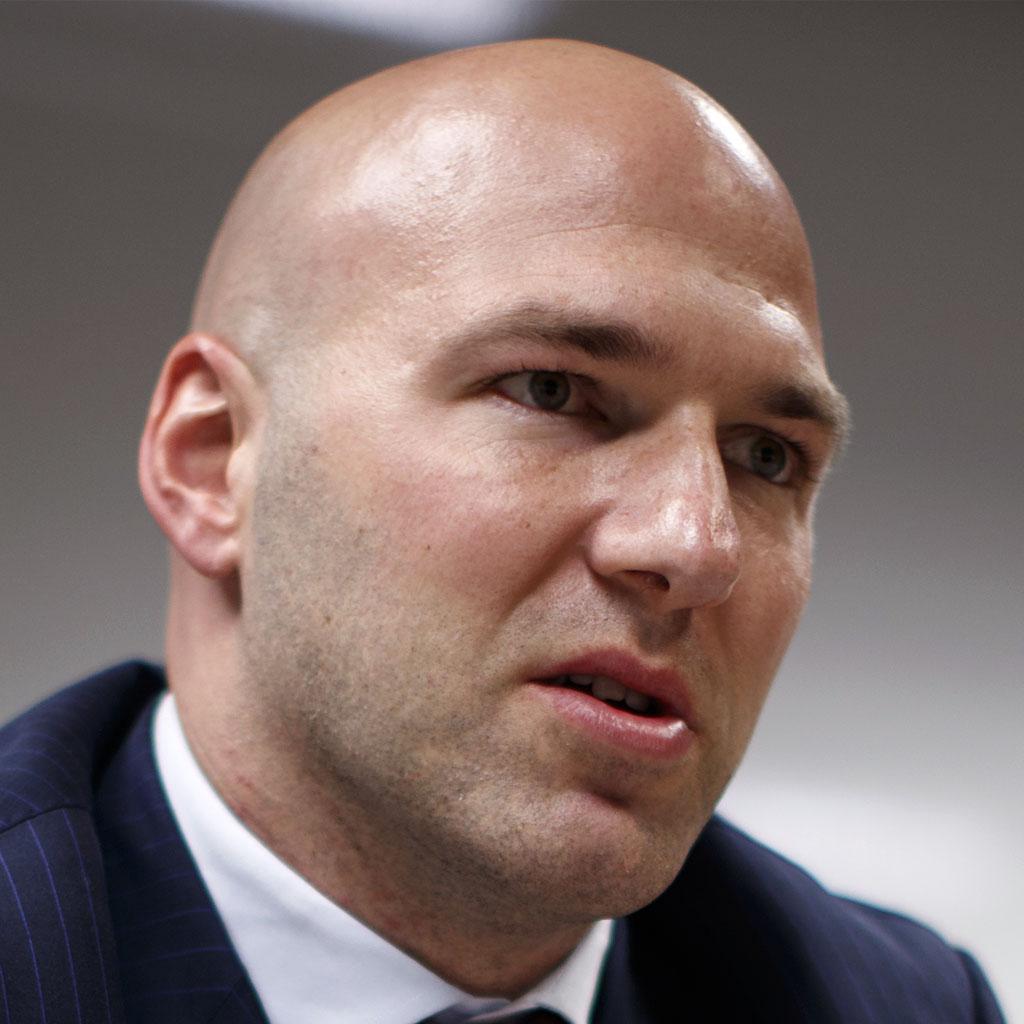 A former NFL player and son of Cuban refugees who sees himself as a conservative problem solver and seeks bipartisan solutions for America’s biggest problems.

Anthony played for the Indianapolis Colts and the New England Patriots before earning his MBA from Stanford to learn more about the fundamentals of running a business.

Building more resilient supply chains and manufacturing in the U.S. is a key issue for Anthony. He joined PP leader Abigail Spanberger (D-VA) in introducing bipartisan legislation, the Continuous Manufacturing Research Act, which would allow the National Science Foundation (NSF) to award grants for research in advanced pharmaceutical manufacturing. Currently, the NSF supports research in six key areas and this act would make “manufacturing research” a seventh area. One of the key reasons Anthony supports the act is it will “expand innovation in pharmaceutical manufacturing technology…and reducing our dependency on China.” Other PP leader Peter Meijer (MI-R) also joined the crew.

Muzzled While You Work

In today’s Republican party, if you speak out against the former President, it’s sadly only a matter of time before you get censured. That’s precisely what happened to Anthony this week, as his State’s party tried to slap the ol’ Hannibal Lector mask on the former NFL-er, proverbially, of course. Yet, that didn’t stop Anthony from plowing through to business. He reintroduced bipartisan, bicameral Policing Bill that looks to improve law enforcement training for mental health situational response. The bill authorizes funds for grants that Officers can apply for to receive specialized training in how to better interact and de-escalate situations with individuals with mental health. This looks to be a widely supported piece of legislation so we’ll be eagerly watching to see if Anthony can get a Win here.

Politics is a contact sport and thankfully for Anthony he knows a thing or two about that. As a former football player at Ohio State and professional player in the NFL for the Indianapolis Colts he’s accustomed to the hits. Last week, Political Playlist had the opportunity to speak with Anthony about issues related to his new NCAA student athlete bill, the Student Athlete Level Playing Field Act, his stance on how the US can compete with China and what he’s doing to help fight the climate crisis. If you have not yet listened to the conversation yet, make sure you do, and find out how his prior experience prepared him for political life.

One of the big projects that Anthony promised to fight for was the treatment of NCAA student-athletes and their ability to profit off their name and likeness. As a former NCAA student- and pro-athlete, Anthony is the right person to introduce this kind of federal legislation. He and Democratic colleague, Emanuel Cleaver (D-MO), hope to create universal standards that will govern how athletes can receive money off their name, image, and likeness. One caveat is that Anthony is not for paying student-athletes in the form of a salary or monthly stipend which he believes would kill the essence of college sports. Something to think about next time you’re making your bracket!

Show Me The Money!

The sports world was buzzing this week over Anthony, and not because the former Colts’ wide receiver has decided to suit up in pads again. Quite the contrary, in saying he liked his job in congress more than he liked playing in the NFL, he also said that he’s finally ready to introduce a long-teased bill that would clear the way for collegiate athletes to earn money. To be clear, Anthony is not for colleges paying the kids. Rather, he wants to help athletes protect their name and likeness, allowing them to earn money that way. The colleges and universities certainly do, and he believes this will help discourage under the table payments. This has long been a thorny issue, and if Anthony can get bipartisan support, this could be a gamechanger.

How About That Endorsement?

Remember former Speaker John Boehner (R-OH)? He held the post from 2011 to 2015, was a thorn in Obama’s side, and has since become a vocal critic of Trump’s. That final point is perhaps why he has now thrown his weight behind Anthony’s re-election campaign, which has drawn multiple challengers ever since he voted to impeach Trump back in January. Boehner represents an ‘old guard’ of Republican politicians who still hold quite a bit of sway in their ever-fracturing party. Will his attendance at a recent fundraiser for Anthony be an effective boost or will the Trump train win out?

Coming Together Around Climate

Anthony is one of two new Republicans that have been selected to serve on Speaker Pelosi’s Committee on Climate Crisis. Many people believe that Republicans do not care about the climate crisis, but at Political Playlist we have seen that many young Republicans believe the climate is changing and the environmental result must be addressed. As Anthony stated, “Whether you think climate is a real issue or a complete hoax, the world is moving in this direction.” Anthony wants to take this opportunity to sell his district on the economic opportunity in developing and manufacturing clean energy technologies and promoting them around the world. Now this seems like a worthwhile mission to *hopefully* unite some young leaders!

As Anthony fields off a drove of Trump-aligned primary challengers (one of whom has now been officially endorsed by Trump), he took an opportunity to highlight something more positive. In a speech on the House Floor, he highlighted his district’s role in the development and construction of the Perseverance Rover that landed recently on Mars. The NASA Glenn Research Center, located in Anthony’s district of Northeast Ohio, developed the rover’s powersource and developed the parachute that helped it land on the Red Planet. To Anthony and his district – see ya in space!

Anthony has already felt the effects of his impeachment vote after being censured by his state GOP and it looks like the hits keep coming, now in the form of a primary challenger for 2022. Yes, it’s bonkers that we’re already talking about an election next year, but when Anthony was one of only ten Republicans to vote to impeach former President Trump, he likely knew there would be blowback. Max Miller, a former Trump aide from Ohio, looks to be mounting a challenge after several conversations with big donors in the state as well as recently purchasing a house in the district. Anthony, the former Ohio State and Indianapolis Colt, remarked “You have to love your country and adhere to your oath more strongly than you do your job. If my fate is ultimately that I don’t get to come back, I will do that at peace.” But don’t count this Buckeye out just yet.

Anthony’s vote to impeach President Trump is still national news. While some say this could jeopardize his potential run for the Ohio Senate seat in 2022, he sees no reason to apologize. Instead, he introduced two bipartisan bills. First, the Improving Housing Incomes for Veterans Act, which helps local service providers collaborate more effectively with the U.S. Department of Veterans Affairs and streamline the processes necessary to help house America’s veterans. Second, he teamed up with PP leader, Abigail Spanberger (D-VA) to introduce the Protecting Patient Access to Lifesaving COVID-19 Drugs Act, legislation that will expand access to lifesaving COVID-19 treatments by requiring private health insurance plans to cover the administration costs of monoclonal antibodies without cost-sharing. One thing is for sure, Anthony is not letting the naysayers get him down.